Is it really November already?! I can’t believe that Thanksgiving is just three short weeks from tomorrow! That means we need to start talking about Thanksgiving food, and other than the turkey and mashed potatoes, what is more, Thanksgiving than PIE?!

Are you a traditionalist and bake uploads of pumpkin pie? Do you sprinkle in some fall pie staples like pecan and apple? Do you go rogue and serve up things like coconut or chocolate cream pie?

Whatever your favorite Thanksgiving pies are (and we’ll be talking more about pie varieties tomorrow!), there is one prevailing issue many people have with their Thanksgiving pies – the dreaded crust. It can be super finicky, am I right?

It took me YEARS and countless recipes to finally find that one perfect pie crust recipe. It’s the one I use exclusively now – it’s perfect for double crust pies, for blind baking, for literally any type of pie you want to make. This is best crust recipe I’ve found. It’s easy to work with, unbelievably tender and flaky, and it has one surprising, secret ingredient. 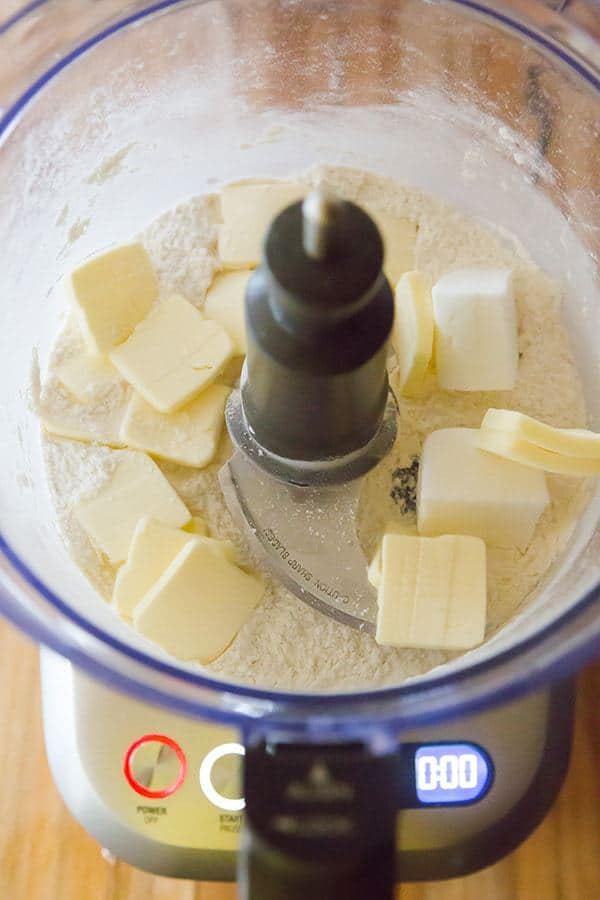 It’s astonishing that some pie crust recipes can be foolproof while others turn into a mess when they’re all made with mostly the same ingredients – flour, a little sugar, a little salt, butter and/or shortening, and water. It stands to reason, then, that the trick lies in the ratios and the technique.

I had done all-butter pie crusts, all shortening pie crusts, using a food processor, mixing by hand, and I was still having mixed results until I tried this recipe from none other than Cook’s Illustrated. Their recipe has a super ingredient that always shocks most people – vodka. 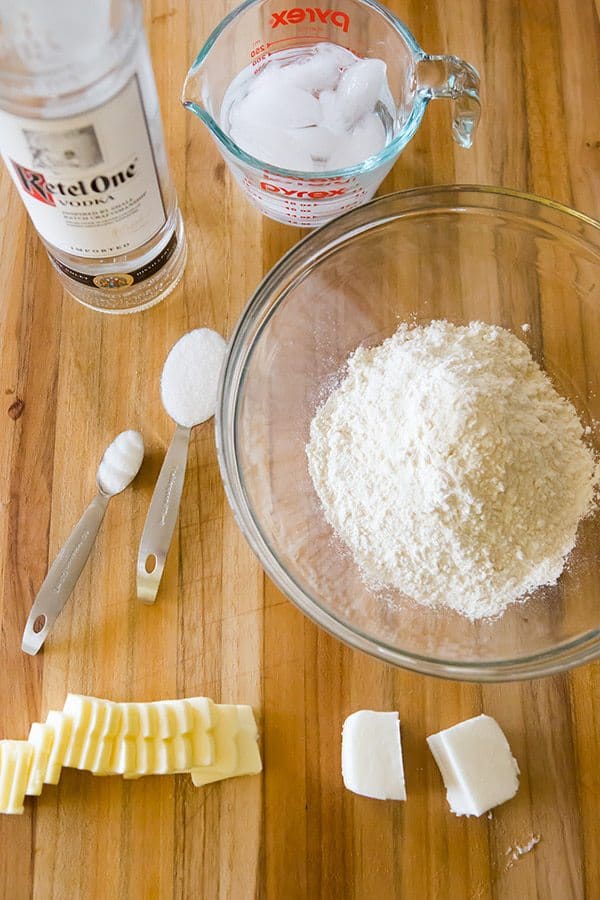 Here’s the deal… when water mixes with flour (as it does in a pie crust), it forms gluten, and too much of it can create a tough crust, which affects the final texture, and can give you fits when trying to roll it out. Using vodka, which is only 60% water, gives the dough the moisture it needs, creates less gluten, and vaporizes in the oven, which means a super flaky pie crust. 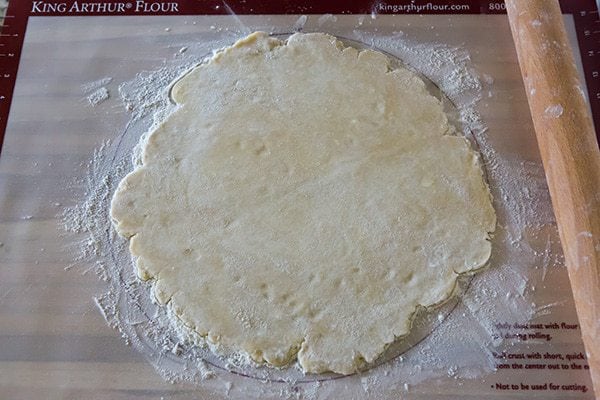 Here’s the kicker though – you cannot leave out the vodka or replace it with more water – it just won’t work with this recipe. You can use another 80 proof liquor instead of the vodka, but if you want to avoid alcohol altogether, a more traditional pie crust is probably what you’ll need to go with.

Don’t be surprised at how soft and supple this pie crust is – it’s much softer and malleable than others you’ve likely tried. It’s okay to add quite a bit more flour when rolling it out (up to a ¼ cup or so), as it’s factored into the recipe. 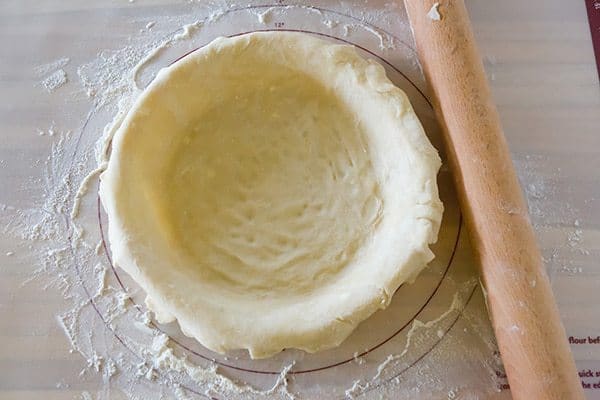 So there you have it – my hands-down favorite pie crust recipe with its one magic ingredient. It makes ALL the difference! This is the only pie crust recipe I use nowadays, and there will be an abundance of it making an appearance in preparation for Thanksgiving.

If you haven’t tried it yet, I hope you’ll give it a go and love it as much as I do! I cannot WAIT to dig into some homemade pies in a few weeks! 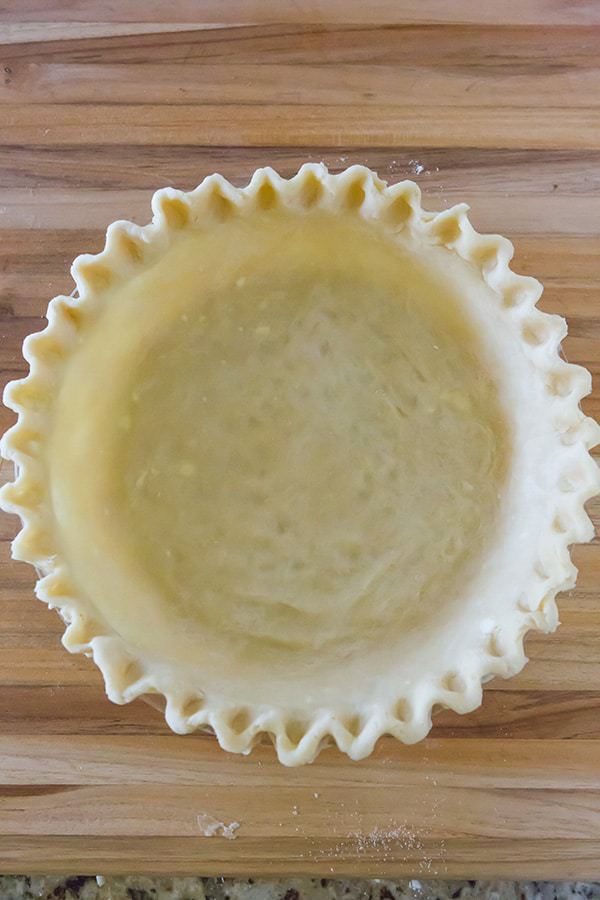 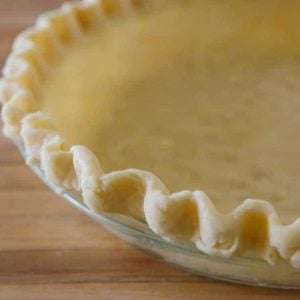 The BEST pie crust recipe you’ll ever find! It’s easy to work with, tender and flaky. You won’t believe the secret ingredient!

Note #1: Vodka is essential in this particular recipe and cannot be substituted with more water. If you do not have vodka, use another 80-proof liquor.

Note #2: For a double-crust pie, simply double the ingredients and use the same exact method. In step #2, divide the dough into two equal portions and wrap each in plastic wrap, then proceed with your pie recipe as written.

Cooking oil 101: How to choose the right oil for your recipe (INFOGRAPHIC)

Everything you need to know about cooking oil It seems like every month we’re hearing about a new oil on the market — coconut, palm, hemp. But with all the hype about each oil, it […]

Here is a great baking guide for you and your family to experiment with during the weekend.

How To Cook Perfect Eggs

How To Cook Perfect Eggs   We all know eggs are the perfect food. They start our mornings, save our dinners, provide the perfect late night snack, and have the power to get us through […]